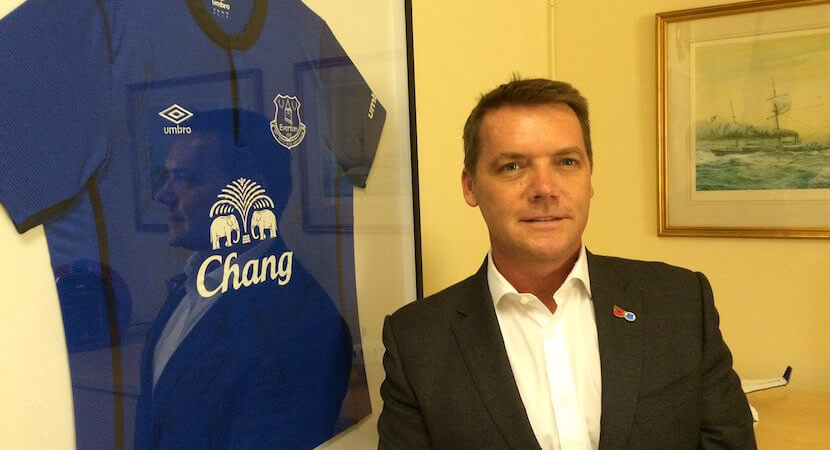 JOHANNESBURG -- Politicians, anywhere in the world, have a bad reputation. Whether it is for lying or stealing or failing to keep their promises – this is one career field that makes the likes of Bell Pottinger look like angels. Of course, there are some good guys, but they’re few and far between, and as Ian Kilbride points out below, our problem with a certain Number One is not too unique when looking back at history… – Gareth van Zyl

The bigger they are the harder they fall! Good advice to any guy picking up a rugby ball for the first time, but until you make that first hard committed tackle you only half believe it. Then that giant tumbles to the ground, like a felled tree and you realise that it didn't even hurt, well not so much that you would ever tell anyone about it!

The current international political scene, however, can be described even more simply. Basically the more powerful and omnipotent they appear, the more ignorant, stupid and embarrassing they actually are, then the higher they will rise! That rule applies, whether you are the recipient of a mixing bowl haircut in North Korea, or the receiver of way too much inherited wealth, with only the intelligence to buy a bad wig. It also applies, whether you are an intellectually gifted PM in the UK but lack the self-confidence to impose your will, or if you are a self-styled Zulu Chieftain in South Africa.

Politicians as a group, at least those on top, do seem to have all taken a decisive step to the 'right of stupidity'. Even if, like one of those above who went to Oxford, they never really passed the 'common sense' test, or for that matter that other key test, 'do they have any real friends?' It is a truism that many of these leaders are actually members of the 'Billy No Mates Club', lacking as they do the charm and or charisma needed to 'make friends and or influence people'.

Jacob Z in SA may actually have more personality and political savvy than all the others put together. Kim J is just a spoilt brat, who probably started off strangling puppies for fun and has now gone on to do the same to his Uncles and Aunts. Donald T is another trust fund baby, but clearly one who was never slapped enough by his nanny, this man child acts like he is continuously at his own 10th birthday party. Theresa M, in the UK, is an ice lady but could barely survive a vote in her own party, let alone a secret ballot in the Commons!

They all survive under vastly different versions of government, however, 'Proportional Representation', as adopted in SA, guarantees that our politicians live up to its name PR 'Poor Responsibility', but its poor responsibility with some very rich pickings. Before, however, the white media in South Africa gets carried away with its accusations of Africa's failed political position in modern times, one should pause and consider the following.

There is no secret ballot for politicians in the UK and US, everyone knows who you are voting for and the 'Whips', who are very appropriately named, work for each party applying what are known as a one, two or three lined whips, to all the issues that the party want supported. When it comes to the party leadership, anywhere in the democratic world, politicians support their leader and sort their issues out 'in house behind closed doors'. It is not an African political issue, parties expect loyalty and they control their MP's or, as is common in the UK, they 'deselect' them (boot them out!).

It's a fact that, the fearful fear more for themselves and we are now constantly fed fear by the media to control us. The modern media are like a big black and white (very PC) sheep dog, herding us to someone's desired pen of opinion. We then either eat up that fear and propaganda, absorbing it into our own metabolism, or we look past the fear mongering, looking rather at what we need to do to correct the wrongs of the past and the present, so that we can fix the future.

Let's be honest, the Brits cleaned out the gold and diamonds in South Africa for decades. The Nat's spent our inheritance on a war machine that was never needed, while they also swept a great deal more value abroad into various tax havens, in complete contravention of their own laws. What other African country can boost a white ex Minister of Finance living in absolute luxury on the banks of Lake Geneva? Well guess what we can, and he managed to amass that wealth as our Finance Minister, the man supposedly responsible for imposing and enforcing 'Exchange Control'.

As our media and white 'ex politicians' scream their shock, horror and 'absolute amazement', at today's South African politicians and leaders, as this new group now looks to create their own wealth, let us all be honest and admit they had some really great teachers and very special role models. Even though such acts are totally unethical and illegal, it is totally hypocritical and racist to call it a 'black political mind-set', because really it is just a 'political mind set' and it has gone on since the time of the Greeks, Romans, Egyptians and Kwazulians!