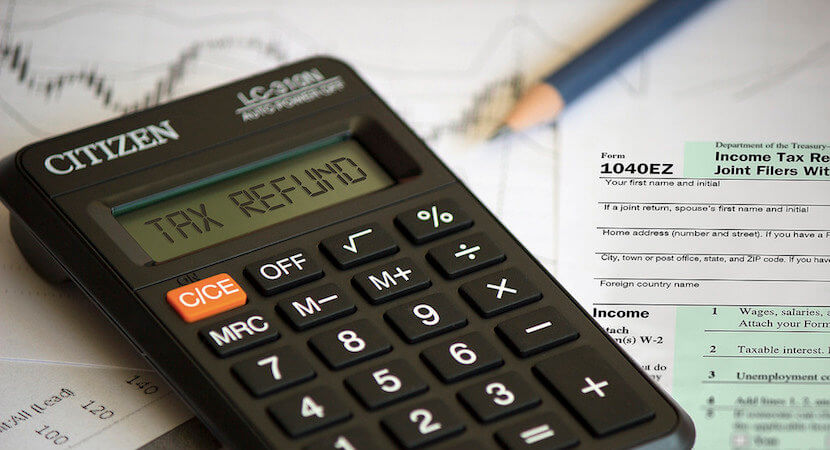 JOHANNESBURG -- Despite question marks hanging over SARS, its chief Tom Moyane and the institution’s current ability to effectively collect taxes, the authority continues to push ahead with expanding its international net. A 31 August deadline for taxpayers to disclose their offshore assets and income to SARS is fast approaching. And once the deadline passes, taxpayers with undeclared offshore assets will be subjected to full taxation and interest amid global authorities collaborating with each other. Of course, there’s also Treasury’s plan to tax expats. This plan still has to pass muster from lawmakers but it’s clear that SARS is pursuing its international plans aggressively. As to whether the new taxes that are collected will be used wisely is another story altogether…- Gareth van Zyl

Cape Town – The window period for taxpayers to disclose their offshore assets and income to the South African Revenue Service (SARS) as part of its special voluntary disclosure programme closes on August 31 2017.

SARS told Fin24 that after the disclosure programme window closes, taxpayers with undeclared offshore assets will be subjected to full taxation, full interest, no relief from penalties and no relief from potential criminal prosecution.

In line with the new automatic exchange of information between tax authorities, SARS will start receiving offshore third-party financial data from other tax authorities in 2017.

Taxpayers who have undisclosed assets abroad therefore have this limited window period to declare their foreign assets and apply for relief.

Shohana Mohan, head of individual and expatriate tax at BDO, told Fin24 D-Day is definitely looming as a further extension is unlikely to be granted, given that the obligation imposed on SA institutions to adopt the Common Reporting Standard and regulations comes into effect on September 1 2017.

“If a taxpayer or exchange control resident failed to take advantage of the window period in which to regularise the tax and exchange control related defaults, it is only a matter of time before unauthorised foreign assets and related tax defaults will be brought to the attention of SARS,” said Mohan.

“There will be nowhere to hide for taxpayers as information will be reported and made available to SARS and vice versa.”

Louise Vosloo, lead director of international tax at Deloitte, told Fin24 failure to meet the deadline means a person who has deliberately omitted to declare income taxable in SA, is committing a criminal offence, They could be charged and if found guilty, sentenced to jail or a fine or both.

Mohan pointed out that one of the advantages of relief in terms of the special disclosure programme is avoiding criminal prosecution for a tax offence.

In the absence of this relief, SARS has the power to impose criminal sanction for non-compliance.

Eugene du Plessis, director and leader of tax at Grant Thornton, said the magnitude of the problem is evident in research by the Organisation for Economic Cooperation and Development which conservatively estimates between 4% and 10% of global corporate income tax revenues, worth between $100bn and $240bn annually, is forfeited due to non-compliance.

“Past SA disclosure programmes in 2003 and 2010 jointly recovered more than R9bn in taxes from undisclosed foreign assets held by citizens. The 2003 tax amnesty programme alone revealed that R48bn was held abroad illegally by more than 43 000 people,” he added.

Du Plessis said voluntary disclosure tax will be 40% of the highest asset value in five years to 2015 to be included in taxable income. Tax on this amount will be at marginal rates. There will be no penalties, but interest will be payable.

Exchange control voluntary disclosure tax will be a 5% to 12% levy payable on the market value of unauthorised foreign assets held as at February 29 2016.

If special voluntary disclosure relief is not taken, the ongoing tax voluntary disclosure programme could still be utilised to come clean, but this requires full disclosure of all previous tax transgressions, payment of tax and interest and in the event of deliberate tax evasion, an understatement penalty of up to 10%.

If ongoing voluntary disclosure is not taken, taxes and all applicable penalties, including understatement penalties of up to 200% in the case of intentional tax evasion, would be payable.

If special voluntary disclosure relief is not taken, penalties are likely to range between 10% and 40%, but in severe instances a complete forfeiture of assets may be possible.

Business Day reported on Monday that the special voluntary disclosure relief programme has been a flop, with less than 500 applications having been made so far. Sources told the newspaper that the programme has so far brought to light hardly more than a tenth of the nearly R40bn hoped for.

Apparently the size of the levies, complexity and risk of the process are to blame.

He explained that the special voluntary disclosure programme was rolled out in consequence of the Common Reporting Standards, in terms of which financial information is shared automatically between countries. The “amnesty” period runs up to August 31 2017, while voluntary disclosure is an ongoing programme.

The voluntary disclosure provision is aimed at SA taxpayers with tax defaults in respect of any tax types administered under the Tax Administration Act; disclosures may include defaults on foreign taxable income.

The levy must be paid in foreign currency, otherwise it would be 12%.

Taxpayers who may apply for special voluntary disclosure are:

Individuals and companies;Settlors (people making a settlement in establishing a trust), donors, deceased estates or beneficiaries of foreign discretionary trusts may participate if they elect to have the trust's offshore assets and income deemed to be held by and accrued to them;Taxpayers who disposed of any foreign assets prior to March 2010 may also apply for relief under the special voluntary disclosure programme. Special deeming provisions will apply in this regard;

Taxpayers who may not apply for special voluntary disclosure are:

Persons who have been given notice of the commencement of an audit or criminal investigation in respect of foreign assets or foreign taxes may not apply;Where SARS has obtained the information under the terms of any international exchange of information procedure;Disclosure where it is argued that all or part of the seed money or subsequent deposits or funding of foreign assets are not taxable in South Africa or have already been taxed in South Africa. The normal VDP channel remains open for disclosures of this nature;Trusts.

Be voluntary;Must involve a default which has not occurred within five years of the disclosure of a similar default by the applicant;Must be full and complete in all material respects;Involve a behaviour referred to in column 2 of the understatement penalty percentage table in section 223;Not result in a refund due by SARS.

There are several benefits to applying for the special voluntary disclosure programme:

Only 40% of the highest value of the total of the aggregate of all assets outside South Africa derived from undeclared income and accumulated between or deemed to be between 1 March 2010 and 28 February 2015 will be included in the taxable income and subject to tax in South Africa;The undeclared income that originally gave rise to the assets mentioned above will be exempt from income tax, donations tax and estate duty liabilities arising in the past.

However, future income will be fully taxed and assets declared will remain liable for donations tax and estate duty in the future, should the applicant donate these assets or pass away while holding them;

Applications may be made via e-filing using the relevant VDP01 form, and completing the specific special voluntary disclosure programme portion.

The voluntary disclosure provision is a SARS only application and relates in the main to the understatement of taxation. It must be done voluntarily, involve a default, be full and complete and involve the possible imposition of an understatement penalty.